When China invested in Pakistan, it did the math 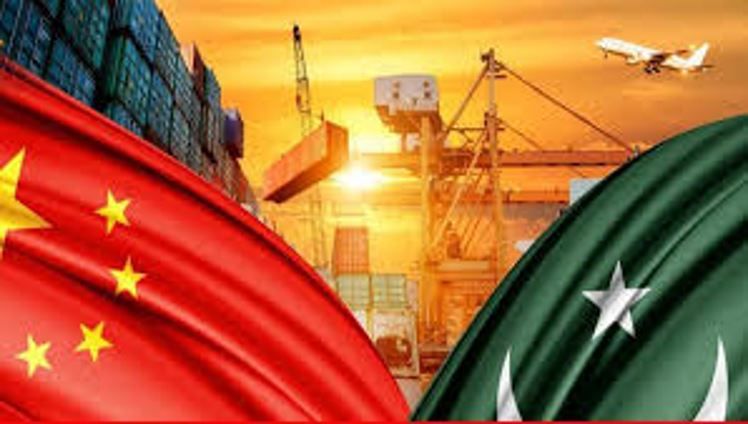 Due to its industrial policies, China has created a massive manufacturing-based economy that has created fierce competition between global and local Chinese companies in terms of technology and price. Now it is very easy for these Chinese companies to move to Pakistan where they get a very good price, absolutely no competition (Chinese companies get contracts first) and a place to dump their old technology. One such prime example is that as coal-based power becomes obsolete globally and more and more countries turn to nuclear or renewable energy sources, China is establish coal-fired power plants in Pakistan with government guarantees to purchase electricity at a reasonable price. heavily inflated rate. This too at a time when there is no demand for these coal-fired power plants in China.Read also – 14-year-old Pakistani boy slaughters his entire family ‘under the influence of PUBG’

In none of CPEC’s projects does China invest aimlessly. While in most of the projects the funding comes in the form of expensive loans from Chinese banking companies, some other projects have the Pakistani government guarantee to purchase their products. It’s a win-win situation for China, while Pakistan is slowly being crushed by debt. Read also – China to release missing Arunachal teenager and announce date and time soon, says Union Minister Kiren Rijiju

Chinese companies enjoy tax exemptions, free water, free electricity and priority treatment, while other global competitors, as well as local Pakistani companies, are unable to compete with them. They offer an exorbitant price for the project while other competitors are declared unfit in case their quote is lower. There are many examples of Chinese companies being awarded a contract through a unique bidding process in Pakistan. Read also – Chinese PLA find ‘missing’ boy from Arunachal, Indian army says

Wherever the project is fast and the return on investment (ROI) is early and guaranteed, Chinese companies have acted quickly (e.g. coal-based power projects), but where the return on investment is slow without fixed guarantee, they move slowly or not at all and continue to increase project costs. It can be suicidal when projects are already awarded at an incredibly high cost. Few examples will illuminate this –

1. For a smaller stretch of road of 392 kilometers between Sukkur and Multan, the value was $2.9 billion, or about 47,000 crore Pakistani rupees, which is equivalent to about 120 crore rupees per kilometer of this road.

2. Almost 15,000 crore Pakistani rupees at a rate of about 30 crore per kilometer has been spent on repairing and upgrading a 487 km road which forms part of the main road linking Khunjereb pass to Gwadar .

3. Lahore Metro Orange Line budget was planned at 26,000 Crore PKR for a smaller section of only 27 kilometers. If we compare the cost with other projects executed at the same time (eg Delhi Metro Phase II), the cost of Lahore Metro is almost double (even after adjusting all possible currency conversions).

4. In some of the projects where a Pakistani company is in a joint venture, these Chinese financial institutions have offered crushing interest rates like 5% or more. For example, in the 1223 MW Baltoi coal-fired power plant, a Pakistani company Habib Rafiq Limited is part of a consortium while the Chinese company Harbin Electric is its technology partner. Chinese banks granted a loan at 5% annual interest rate.

Ironically, China didn’t even give a penny as a subsidy. Government to government lending is negligible and all financing is done through financial institutions like Exim Bank, China Development Bank or ICBC (Industrial and Commercial Bank of China). All projects are either in the form of loans (concession or commercial) or with a guarantee from the Pakistani government (eg energy projects). There are a lot of skeletons in Pakistan’s closet. That’s why they refused to disclose details of Chinese loans to the International Monetary Fund.

Today, in most projects, the loan repayment period has started when these projects have not even started. Almost in every case, China blamed Pakistan for this. Naturally, Pakistan has no choice but to take out an additional loan at greatly inflated rates to pay for those previously taken out. Since due to its declining economy and poor credit rating, no international agency is willing to give money, Chinese banks are the only source.