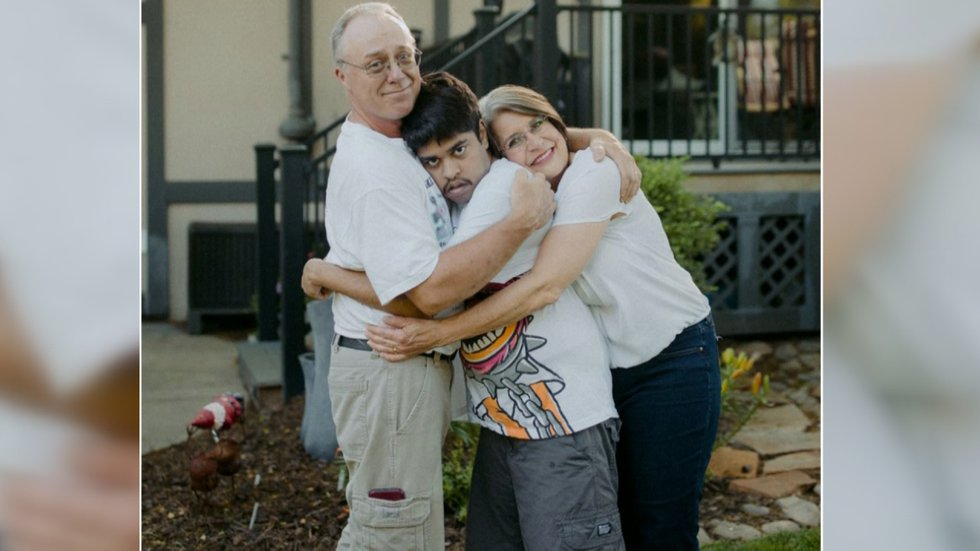 The Lincoln man’s life affects others

LINCOLN, Neb. (KOLN) – A recent donation to the Autism Family Network is now helping families in Lincoln. The donation was made in honor of Damian Olander, a Lincoln man who suffered from autism and died of kidney failure last November. Damian’s family hoped that his life would teach others that sometimes we learn most from people who do not speak at all.

Damian Olander did not have an easy life. He was non-verbal, autistic, and struggled with kidney problems for 27 years. Damian was originally denied a kidney transplant because of his developmental delays. For the first few years of his life, Damian had to undergo reconstructive surgery every 6 months.

“It was an intense period of struggle for the first three or four years,” said his mother, Becci Olander.

The Olanders looked for transplant options, but Damian was turned down. Shortly afterwards, the Olanders learned that Damian’s father, Bob, was a match.

“It was never a thought,” said Bob. “I wanted to do it. It was my pleasure. I think any parent would have done it. “

Bob’s kidney gave Damian a second life that has kept him for almost 25 years to this day.

“You look at him every day and find that you kept him here,” said Bob. “We gave him this chance and he made the impact he made.”

Bob and Becci said Damian had an impact on everyone he met. He loved smileys, balloons, Halloween, M & Ms and most of all, spending time with his father.

“I would consider him my best friend alongside Becci. It has really been that way for the past 7 years, ”said Bob. “We hardly went without each other”

Two years ago, the Olanders learned that Damian’s kidney was failing. Instead of taking him through medical treatments, they decided to make the rest of his life fun. He was even allowed to spend his favorite vacation, Halloween, with the family.

“We had a big family party, everyone came in costume and in their favorite things, it was in the middle of summer,” said Becci. “We decided to make Halloween big for him this year. We had 80 jack-o’-lanterns in our front yard for Halloween. He wasn’t feeling well, pretty tired, but he loved that night. And it was the next weekend that he died. “

A few weeks ago, the family held a memorial event for Damian at the SaltDogs game. One family was so inspired by his story that they donated a thousand dollars to the Autism Family Network on Damian’s behalf. Becci said:

“He was non-verbal, but he spoke volumes.”

Becci and Bob said they were happy to know their son’s life was making a lasting impact. They suggest that you can also carry on Damian’s legacy by smiling patiently and enjoying the little things in life.

If you’re interested in contributing financially on Damian’s behalf, they recommend any Nebraska organization like this that helps families with autism Autism Family Network or the Nebraska Transition College.