State funds for unemployment are drying up 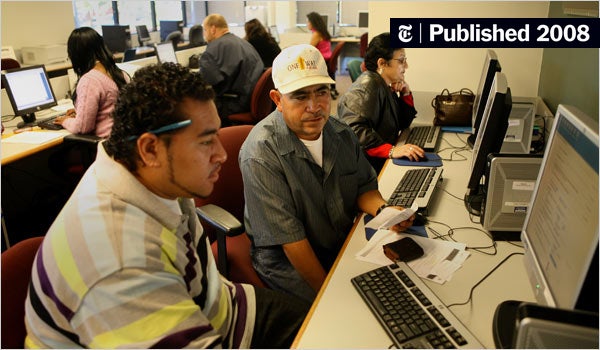 In many cases, states that have kept unemployment tax rates artificially low ?? or in some cases decreased them ?? are now found in the worst pickles. Indiana lawmakers, for example, cut corporate tax rates by 25% in 2001.

“So frankly, they created the perfect storm,” said John Ruckelshaus, assistant commissioner for the Indiana Department of Workforce Development. “The legislature will have to come in and look at the whole unemployment trust and find the first thing when it begins its session.”

At the same time, payments have increased in some states.

To recalibrate the balance, several states increase corporate taxes ?? often through an automatic increase triggered when fund levels are threatened ?? so that unemployment checks continue to flow. One example is the Michigan Solvency Tax, which will be levied on employers whose workers received more benefits than companies contributed in unemployment insurance taxes, to the tune of $ 67.50 per employee. .

“We may be slightly below the funds we need at the end of the first quarter,” said Raymond Filippone, assistant director of income support at the Rhode Island Department of Labor and Training. The state has not borrowed from the federal government since 1980, he said.

“Many states have not increased this tax in years,” said Scott Pattison, executive director of the National Association of State Budget Officers in Washington. “Some states have automatic triggers. But then of course you have businesses that say, ‘Whoa you are raising taxes on me as we go through a rough time and this is a recession as well. “”

Still, some said they were thinking beyond dollars.

“In these times of financial stress, every additional cost is a concern,” said Linda Shelton, spokesperson for Lifespan, a large Rhode Island health care system. “However, there are a lot of things that worry us even more. We are far more concerned about Rhode Island’s budget crisis, rising unemployment, rising numbers of uninsured people, and continued cuts to health care. “