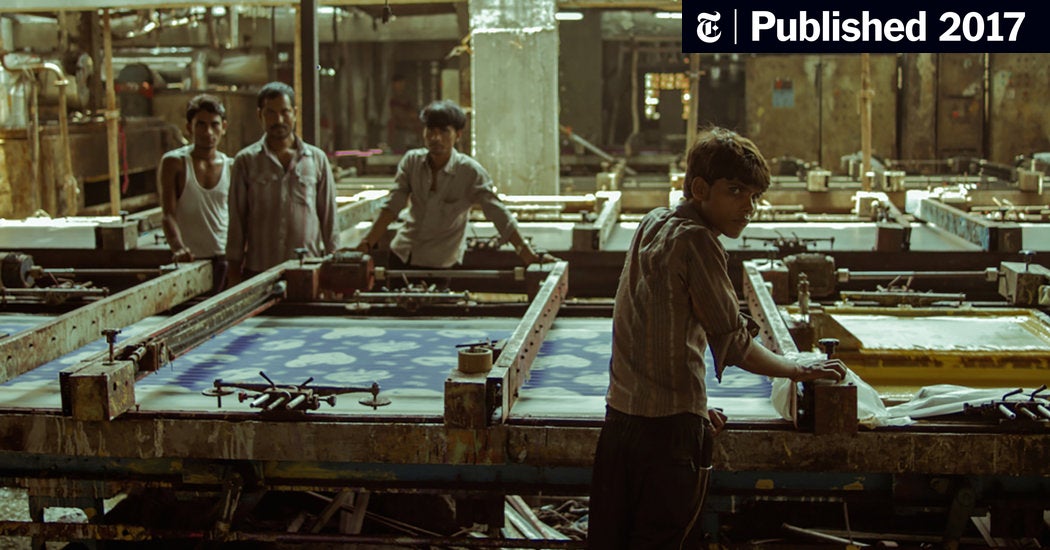 Following in the footsteps of other documentaries from the past decade and a half, including “Monster,” “Darwin’s Nightmare” and “The death of the worker” – Chez Rahul Jain “Machines” takes an inflexible look at extreme poverty, tampering with the disjunction between surreal and aesthetically striking images and sounds and the misery these images represent.

At the start of the film, a long Steadicam shots Examine the layout of a textile factory in Sachin, India and introduce its workers. The landscape is so gray that the fabrics, embers and dyes are just about all that stand out in the background. The ideological charge made for decades against this kind of cinematic achievement is that such eye-catching paintings idealize poverty, but playful misery has become infamously familiar in world documentary cinema. In “Machines”, even just over an hour, the style leads to diminishing returns.

“Machines” is at its strongest when it comes to interviewing workers, who are unnamed and who, as the film does not so subtly suggest, have themselves become cogs in the process. machine. A man says he took out loans to get to work and took a standing train only on its 1,000 mile trip to the factory. In his view, this would only be exploitative if he were forced to work in it. Another worker asks, “Why would I be angry if I get paid for the work I do? The shifts pay next to nothing and last 12 hours.

Compelling bosses openly despise their employees. Its workers are dismissed as careless with money and, in many cases, indifferent to their families (although we have heard otherwise).

The film – Mr Jain’s first feature film – appears to argue that workers, faced with little or no other options, have succumbed to some form of Stockholm syndrome, and points to unionization as a potential fix. “If the workers unite, they can make the bosses give in,” said one worker. “But the workers are not united.”

If they are parts of a machine, maybe they can be a whole. And even then, success is not guaranteed.