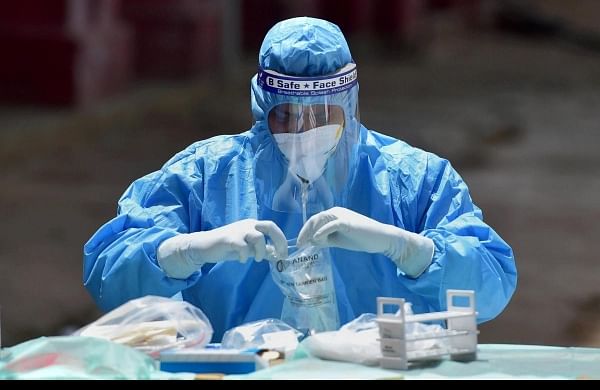 NEW DELHI: As per the latest Indian Council of Medical Research (ICMR) guidelines, asymptomatic patients undergoing surgical/non-surgical invasive procedures should not be tested unless they develop symptoms. However, doctors are of the opinion that this can complicate matters and therefore prefer to test patients before performing surgeries despite ICMR instructions.

“If a positive Covid patient is systematically admitted to the service, he will infect patients throughout the service. If he is operated under general anesthesia through intubation, his saturation may worsen and resuscitation may be a problem,” said a doctor working at Safdarjung Hospital.

A similar observation was made at the All India Institute of Medical Sciences (AIIMS), and doctors said they were conducting the same procedure where Covid testing is a standard before any surgery. “We test all patients before admission or any surgery to reduce the spread. However, only healthcare workers who show symptoms are being tested,” an AIIMS doctor said.

“Since it is a mild variant, the decision-makers decided to reduce the tests to decrease the number of positive cases recorded”, explained the doctor. According to ICMR officials, it is not applied to doctors. “We are not an executing agency, this is just an opinion. It is the doctors who must decide. However, no surgery or treatment will be stopped for lack of tests, ”said Dr Lokesh, scientist and Program Manager (e-PMS) of the Division of Biomedical Informatics at ICMR.

At Lok Nayak Hospital, doctors perform tests on doctors, patients, and even patient attendants. “It’s a huge risk if we don’t do tests before any surgery,” said another doctor.

Nurses ordered to monitor private hospitals
The Delhi government has decided to deploy its senior nurses as nodal officers in private hospitals to oversee the care of Covid-19 patients as well as monitoring the vaccination process. In an order issued on Tuesday, the health department relieved senior nurses from their hospitals with immediate effect and ordered them to report to private hospitals without waiting for official relief orders. The order stated that if a nursing person is retired or transferred, replacements will be provided by the relevant hospital/facility.