Bolsonaro will not have surgery: doctors 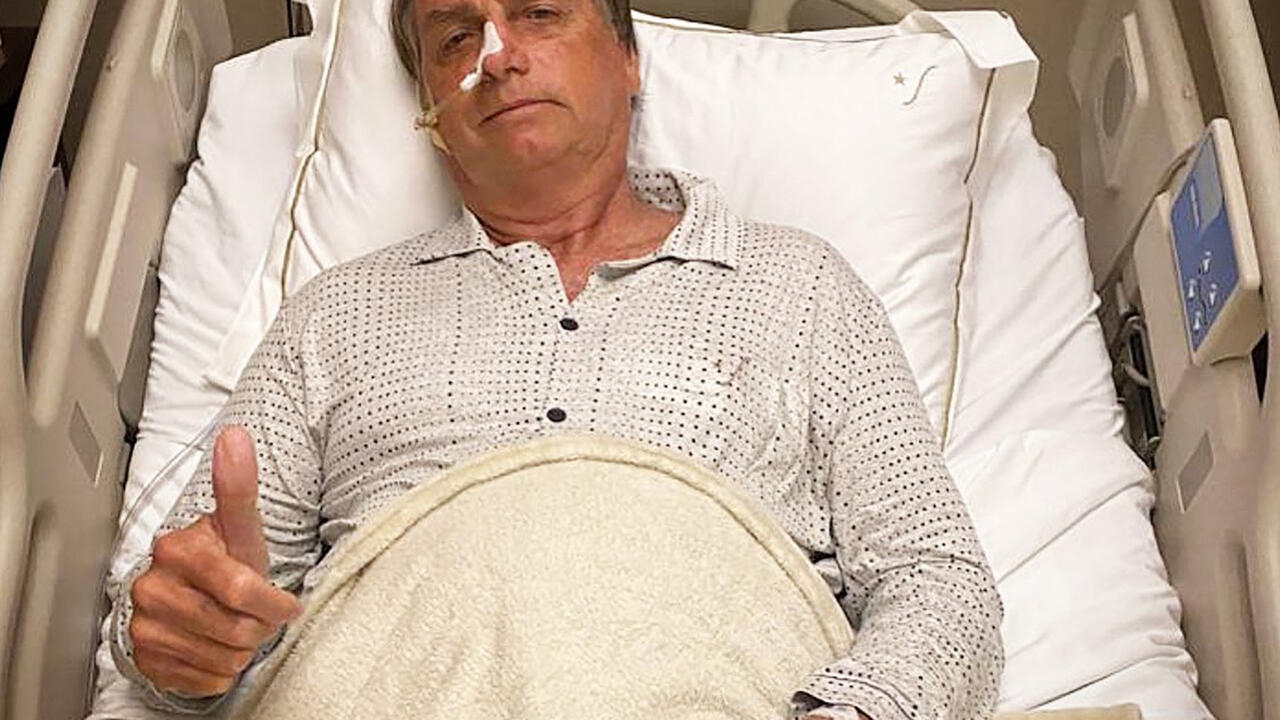 São Paulo (AFP) – President Jair Bolsonaro will not need surgery, but no date has yet been set for his discharge, medics said on Tuesday, after the Brazilian leader was rushed to hospital with a partially blocked bowel.

Bolsonaro, 66, developed abdominal pain during a New Year’s beach vacation in the country’s southern Santa Catarina state and was taken to Sao Paulo hospital on the jet Monday morning. presidential.

Doctors said his partial intestinal blockage “has been cleared” and is making “satisfactory progress” – but will be on a liquid diet and remain in the hospital for the time being.

It is the latest in a string of health problems since the far-right leader was stabbed in the stomach during the 2018 election campaign that brought him to power.

Doctors first said he might need surgery. However, senior surgeon Antonio Luiz Macedo, who has operated on Bolsonaro in the past, decided that a new operation was not necessary.

“The patient is making satisfactory progress in clinical evaluations and laboratory tests, and will begin a liquid diet today. There are still no plans for his release.”

The president tweeted a photo of himself lifting his thumb from his hospital bed on Monday, his face fitted with a nasogastric tube – a device for carrying food and medicine up to the stomach through the nose .

Bolsonaro, who is adept at using social media to launch his base, maintained his online presence on Tuesday, posting a proposed dam in the northeastern state of Ceara on Facebook and on Twitter about an increased exemption import fees for scientific equipment.

Bolsonaro was last hospitalized in July for another bowel obstruction that left him with persistent hiccups.

On this occasion, he spent four days in the hospital. The doctors also decided not to operate and prescribed a liquid diet.

He underwent at least four surgeries as a result of his stabbing during a campaign rally in September 2018, carried out by a man who claimed he was following God’s orders, and who was later found to be mentally unfit to stand trial.

Bolsonaro cries regularly when talking about the knife attack, which almost claimed his life.

Despite losing 40% of his blood, he survived and won the presidency in October, fueling supporters’ unwavering faith in the man they call ‘Mito’ – ‘The Myth’.

Bolsonaro’s aura of invincibility has faded since then, however.

His approval rating is at an all-time low as he prepares to run for reelection in October.

His polarizing style continues to annoy his far-right base, but he has lost crucial support among the political center and the business sector.

The Brazilian economy is in recession, with high inflation and unemployment.

Bolsonaro also faces a lot of criticism over its response to Covid-19.

He has emphatically downplayed the virus and flouted expert advice to combat it, even as the pandemic has claimed nearly 620,000 lives in Brazil, just behind the United States.